Bolton crowds flock to see the Christmas Lights switch on 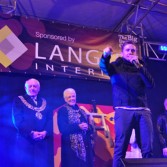 More than 10,000 people turned up to Victoria Square to see the grand switch on of the Bolton Christmas Lights

Bolton is now officially on countdown to Christmas as Danny Jones from Mcfly took to the stage to officially switch on Bolton’s Christmas lights on Thursday 24th November.

He was welcomed back into his home town by a huge crowd of 10,000 people, the biggest crowd to view the Christmas lights switch on to date.

He greeted the crowd with “Bolton Rocks” and then went on to add “I’ve been asked to do the lights before but I’ve never been able to. I’ve always wanted to do it. It’s amazing and a privilege to be here. Bolton is a great town!” 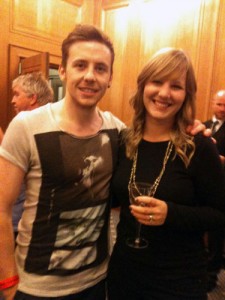 Our very own Gemma Stockberger had a chat with the man himself before he took to the stage.

“He was very much looking forward to switching on the Bolton lights, and spoke very passionately about his love of Bolton and what it meant to him. He even said he wanted to look at using us and other local suppliers when he has a home built in London, as feels Bolton Business’ offer great quality and service. It’s great to see people wanting to support Bolton, even when they live elsewhere.”

Before the Christmas lights were switched on officially, there was 2 hours of entertainment from a variety of groups, as well as Real Radio’s very own Ditchy and Salty presenting. 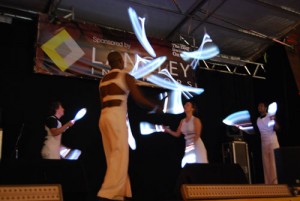 Lofty the Lion and Bolton Wanderers’ players Gary Cahill, Marcos Alonso, Joe Riley, Chung-Yong Lee and Rob Lainton, made an appearance on stage, as did cast members from The Albert Hall’s forthcoming panto Goldilocks and the Three Amazing Bears.  Wanderers’ Gary Cahill said helping switch on the lights was a fantastic way to meet the fans face-to-face.

“It’s nice to get involved and do something with the fans. It’s great, it gets everybody together.” 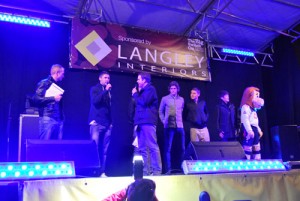 There was even an appearance from X-Factor contenders Kendro, with Kendal Knowle, one half of duo, who is originally from Farnworth.

“We are just so excited to be here tonight. There has been such a buzz on Twitter about us coming here today. It is the first time that we have ever done a full performance of ‘Do the Kendro’ so it is a world exclusive!”
– Kendal Knowle 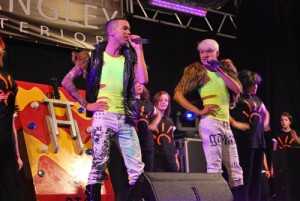 The Crowd were in great spirits, joining in with mexican waves with Ditchy and Salty, and cheering for Danny at every opportunity. 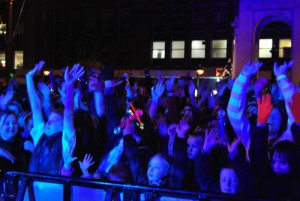 “Once again it has been a fantastic celebration about all that is good about Bolton. It is great to see so many people celebrate the start of Christmas. It has been bigger and better than ever before and we have got lots of treats in store over the coming weeks. Particular thanks to Danny Jones from McFly, coming back to his home town and putting a smile on the faces of so many people.” 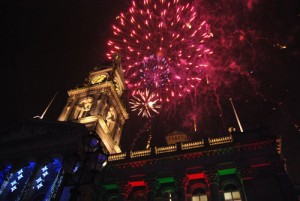 “We were absolutely delighted to be asked to sponsor this years Christmas Lights Switch on, and couldn’t be happier with how the evening went.  The support from local people has been overwhelming, and we really feel this has helped to cement dome friendships with the Bolton Council. They do a fantastic job, often in difficult circumstances, and in this climate it’s important for local businesses and customers to come together in support.”
-Peter Langley, Langley Interiors

For more information on bedrooms, bathrooms, lounge furniture and home studies  from Langley Interiors, please call us direct on 01204525432, or better still visit the showroom on Bradford Road, Bolton.

Filed Under:
Taged With: langley interiors
Visit Our Showroom Book a Visit
Langley TV Check out our channel
Newsletter Signup Get the latest news

GET IN TOUCH VIEW ON MAP

Some of our recent projects

Staycation : Creating your own sanctuary

Be up to date

Sign up to our newsletter to stay up to date with our recent projects and new furniture designs and solutions.